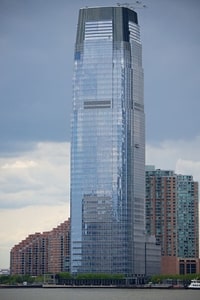 A sex discrimination lawsuit filed in 2010 against Goldman Sachs Group accuses the investment banking firm of cultivating a "boys' club" atmosphere in its work environment and marginalizing female employees. Four years since the suit was first launched, a U.S. federal court has now begun hearing arguments for the case this week.

The complaint was filed by Cristina Chen-Oster and Shanna Orlich, a former vice president and associate, respectively, for the firm. The two women claim that Goldman Sachs "display[ed] a 'consistent' pattern of sexual bias" during their tenure, including under-paying female executives compared to their male counterparts as well giving them lower marks on performance evaluations.

Even more disturbing were the plaintiffs' claims about how the bank's male-centric "exclusionary culture" resulted in 75 cases of reported sexual harassment complaints and even charges of rape or sexual assault by male Goldman Sachs employees. One specific example cited by Chen-Oster accuses the firm of stifling her career trajectory at Goldman after she rejected "unwanted and aggressive sexual advances from a male colleague." The man in question was later promoted.

Gender bias in the workplace is never appropriate or lawful, whether it regards the ratio of female salary raises and promotions to male pay, or sexual harassment from male employees directed at female co-workers.

If you or someone you know was the victim of gender-based harassment at work, it's imperative to contact The Meyers Law Firm right away for expert legal counsel that will fight for any damages you deserve.