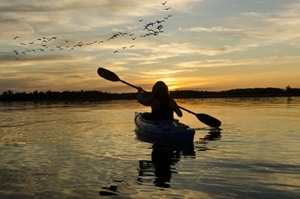 "Employees have reportedly been accused for years of misconduct on the often weeks-long research trips."

Employees of the National Park Service have reportedly been accused for years of misconduct on the often weeks-long research trips — going all the way back to 2003. In particular, members of the Grand Canyon National Park's (GRCA) River District team have been accused of propositioning female employees and contractors while trying, as the report describes, to "get laid as much as possible."

"The River District has a history of reported incidents of sexual harassment and hostile work environments against its employees," said the Department of Interior's inspector general in a recent audit. "Many of these incidents allegedly occurred during river trips."

Managerial oversights seem to have contributed to the culture of harassment by not responding seriously to the claims, with the report citing a general altitude of "what happens on the river, stays on the river." Alcohol has played an important part of the cultural of partying and celebration that the national park is associated with.

The investigation reportedly interviewed over 80 potential victims, witnesses, and suspects, focusing on one boatman currently employed, two former boatmen, and a former supervisor who were accused of the misconduct. The ban on alcohol does not extend to commercial companies hired by the general public or private trips won through a lottery system.

If you have been the victim of harassment in the workplace, contact The Meyers Law Firm today.