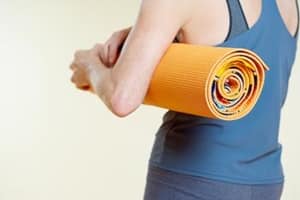 The founder of Bikram yoga has found himself at the center of a sexual harassment and gender discrimination lawsuit. Bikram Choudhury, who started the "hot yoga" craze, has been sued by a former student. According to reports, Sarah Baughn, the 28-year-old plaintiff, submitted her complaint earlier in March in Los Angeles County Superior Court. She claimed that Choudhury's inappropriate behavior started when she was 20 years old. At the time, she observed other females giving him massages, touching his feet and brushing his hair. Baughn's first inclination was that different cultural norms made these actions acceptable.

At one point, the defendant offered the student his Rolex diamond-studded watch, which she did not take. He told her that he was beginning to develop feelings for her that differed from those of just friends.

''What should we do about this? I have never felt this way about anyone. Should we make this a relationship?'' Choudhury reportedly asked Baughn.

The plaintiff also declared that she was subjected to inappropriate touching by the defendant, especially when he would try to adjust her poses, whispering of sexual remarks and assaulting her during a teacher training program in Mexico. Baughn claimed that on all occasions, she made it clear that she was not interested in pursuing any type of romantic relationship with him. She even purportedly tried to get him to target his actions and behavior toward his wife.

It is still unclear how much the plaintiff is seeking in damages.

If you live in Missouri and have been the victim of sexual harassment or gender discrimination, you can take a stand against the perpetrator. Consider scheduling a consultation with an affordable lawyer in Kansas City. These experienced and locally based professionals can assess your claim, try your case in court and help you recover damages you may be entitled to.