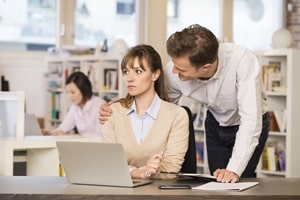 Several female tenants of a Morgantown, West Virginia property have filed a federal lawsuit against their landlord Gary Walden for sexual harassment, retaliation, and being forced to engage in "unwanted and unwelcome sex acts." This recent filing comes after Walden was convicted in July 2015 of burglary, first-degree sexual abuse and conspiracy involving apartment tenants, and sentenced to 10 years in prison – and follows his settlement of yet another sexual harassment lawsuit brought against him by the West Virginia Human Rights Commission.

"Walden is accused of sexual harassment and retaliation."

Walden is accused of entering the apartments of several female tenants without permission or notice, touching and groping them against their wishes, making crude and sexual comments, as well as offering housing benefits in exchange for sexual favors. When the women refused, Walden allegedly took "adverse actions" against them, resulting in the retaliation charge.

"With the case of sexual harassment, what it does is it actually impedes an individual's ability to enjoy their own home," says Regina Mayolo, Executive Director of the Community Living Initiatives Corporation, speaking to WDTV. "We should feel safe in our own homes. We should have the ability to go home from work or school at night and feel comfortable in our living space."

Also named in the suit is Walden's late wife, Tina Walden, as well as their shared business Walden Homes LLC. Tina had managed Walden Homes LLC and is alleged to have ignored complaints by tenants about the sexual harassment.

The plaintiffs in the suit seek justice in the form of monetary damages, as well as civil penalties and a court order that would bar them being removed from their property in retaliation. Walden is currently serving his 10-year sentence for the previous conviction.

Sexual harassment doesn't happen just in the workplace, and The Meyers Law Firm can help if you've been a victim. Call us today to find out more.