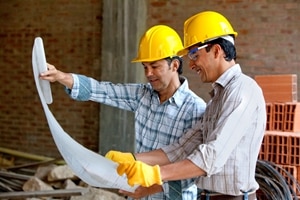 A Morristown, New Jersey, employee has made the decision to resign after he found himself at the center of a sexual harassment case. Town Zoning Officer John Fugger was accused of calling a female colleague incessantly even though she reportedly asked him to stop on several occasions. As a result of the allegations, the defendant was suspended without pay. He was forced to leave his annual salary of almost $85,000 behind.

According to local online sources like the Daily Record, the Morristown Office of Administration published a statement at the end of January that read "The town always strives to create a healthy, productive work environment for all of its employees. This is reflected in the town's strict and thorough personnel procedure for reporting harassment allegations."

The town wasted no time suspending him after they heard that the plaintiff filed the complaint in October.

''The town took this administrative step the same day the harassment complaint was filed to send a message that such allegations are taken seriously, and to ensure that all employees are free from any kind of harassment that is disruptive to the work environment,'' it said.

In an effort to get to the bottom of the woman's claims, town officials hired a private investigator (P.I.) right away. The P.I. did complete the report, but since the defendant resigned, no further action was taken.

No word has been released as to when the case will go to trial or what type of compensation the plaintiff is seeking.

If you live in Missouri and have been the victim of sexual harassment at work, you may want to consider scheduling a consultation with a lawyer in Kansas City. These experienced and locally based professionals can assess your claim, try your case in court and help you recover damages you may be entitled to.