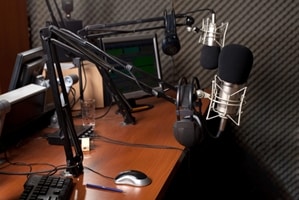 When you go to work each day, you have the right to feel safe and know that you are respected by your colleagues and supervisors. If anyone at your place of employment makes you feel uncomfortable about yourself sexually, you may be able to hold the responsible party accountable for his or her actions by filing a sexual harassment lawsuit with the help of an affordable lawyer.

KPTV, an Oregon news outlet, reports that a sexual harassment lawsuit has been filed against Paul Linnman, a well-known on-air radio personality in Portland. According to the source, 43-year-old Kailee Kinney, an account executive, "claims Linnman groped, slapped and squeezed her buttocks, and also made several inappropriate and sexual comments while the two were co-workers in February of 2013."

The plaintiff alleges that Linnman approached her after the incident occurred and offered a mock apology, saying, "I should apologize, but that black dress…you look great in that black dress."

Kinney is reportedly seeking $50,000 in economic damages, claiming that she has lupus and the encounter with Linnman aggravated her condition, causing her to be placed on medical leave. Additionally, she is seeking $275,000 in non-economic damages for pain and suffering.

Linnman has responded briefly to the allegations, noting that he can't comment on the situation at this time.

If you live in Missouri and have been the victim of sexual harassment or gender discrimination, you can take a stand against the perpetrator. Consider scheduling a consultation with an affordable lawyer in Kansas City. These experienced and locally based professionals can assess your claim, try your case in court and help you recover damages to which you may be entitled.