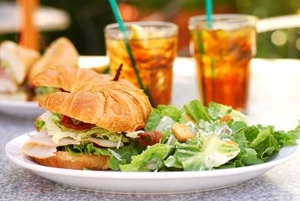 There's absolutely no excuse for sexual harassment — verbal, physical or otherwise. If one of your colleagues or supervisors has made you feel uncomfortable about yourself sexually, you may be able to file a lawsuit and hold the responsible party accountable for his or her inappropriate actions. To get this process started, it's in your best interest to contact an affordable lawyer as soon as possible.

A $20,000 settlement has been reached in a sexual harassment lawsuit against Ricardo's Restaurant Inc., an establishment in Erie, Pennsylvania.

According to the Erie Times-News, a regional news outlet, former employee Dorothy Hannah claimed that Peter West, a co-owner of the establishment, subjected her to verbal harassment while she was employed there. She alleged that West "routinely made sexually explicit vulgar remarks to female employees, including remarks about their bodies and about sexual acts," states the news outlet.

Hannah claimed that she asked West repeatedly to stop harassing her. His inappropriate behavior purportedly continued, causing her to resign.

As part of the settlement, Ricardo's has agreed to "safeguard against future sexual harassment" in addition to paying Hannah $20,000 to "settle her claim that West's sexual harassment drove her from her job," reports the source.

If you live in Missouri and have been the victim of sexual harassment or gender discrimination, you can take a stand against the perpetrator. Consider scheduling a consultation with an affordable lawyer in Kansas City. These experienced and locally based professionals can assess your claim, try your case in court and help you recover damages to which you may be entitled.