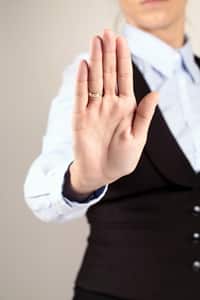 The city of St. Paul, Minnesota, has agreed to a settlement of $60,000 to resolve a civil lawsuit from a police officer who alleges she was the victim of sexual harassment in the workplace.

According to The St. Paul Tribune, Sgt. Aine Bebeau claims that Cmdr. Eugene Polyak made inappropriate sexual comments to her on multiple occasions in 2010. She alleges that Polyak, her supervising officer, complained to her about problems he was having with his wife and asked her for dates and sex.

The lawsuit states that Bebeau reported Polyak's behavior to two assistant chiefs at a meeting in late 2010. However, she was formally reprimanded and suspended for allegedly "emotional" conduct following that meeting. Less than a week later, posters with Bebeau's photo and home phone number were placed around two police buildings that read: "Do not allow in building unless escorted by [St. Paul Police Department] Command." The Tribune reports that the posters were visible to members of the public.

Bebeau was on paid leave off and on through March 2013, when the department stopped paying her, according to The Pioneer Press. Polyak's personnel file shows that he was disciplined in 2011 in relation to Bebeau's allegations. He was suspended for six days and required to take training on appropriate workplace conduct and management skills.

Bebeau's attorney tells The Pioneer Press that the lawsuit was a way for his client to take a stand and highlight the issue of discrimination, especially in male-dominated workplaces. If you believe you have been the victim of sexual harassment or wrongful termination, lawyers at The Meyers Law Firm can help you recover any civil damages to which you may be entitled. Call for a consultation today.