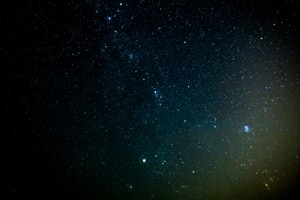 Geoff Marcy, one of the biggest names in astronomy and the search for planets that could potentially support life, has come under fire after it was discovered that UC Berkeley (where Marcy is a resident professor) had conducted an investigation into sexual harassment claims made against him and concluded that he had violated their sexual harassment policies on multiple occasions between 2001 and 2010.

"Four women alleged that Marcy repeatedly engaged in inappropriate physical behavior with students, including unwanted massages, kisses, and groping," reports BuzzFeed's Azeen Ghorayshi. "As a result of the findings, the women were informed, Marcy has been given 'clear expectations concerning his future interactions with students,' which he must follow or risk sanctions that could include suspension or dismissal.'"

Marcy, for his part, appears to have confirmed the findings by offering a vague apology in a letter posted to UC Berkeley's faculty page last week, though paints his actions as "unintentional."

"While I do not agree with each complaint that was made, it is clear that my behavior was unwelcomed by some women," wrote Marcy. "I take full responsibility and hold myself completely accountable for my actions and the impact they had."

Complicating the story is that UC Berkeley has been accused of not taking appropriate disciplinary actions against Marcy, resulting in a group of 22 Berkeley astronomy professors issuing a letter condemning Marcy's actions as well as UC Berkeley's response and stating that Marcy "cannot perform the functions of a faculty member."

UC Berkley issued a statement to Business Insider stating that "[t]he university has imposed real consequences on Professor Geoff Marcy by establishing a zero tolerance policy regarding future behavior and by stripping him of the procedural protections that all other faculty members enjoy before he can be subject to discipline up to and including termination." The college has affirmed that it has been "evaluating and revising its procedures for addressing sexual harassment" and will be vigilant about future violations.

If you have been the victim of sexual harassment, contact us at The Meyers Law Firm today.