What is workplace retaliation? 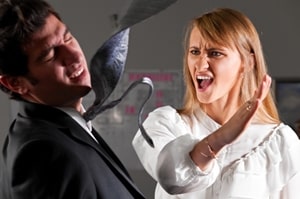 "Claims of retaliation can result in serious legal action."

Retaliation, as defined by the EEOC, occurs when an "employer, employment agency, or labor organization takes an adverse action against a covered individual because he or she engaged in a protected activity." Adverse actions may include:

Actions like a negative tone or being ignored socially of an employee is not considered an adverse action unless it impacts the employee's employment or promotion prospects, but these action may constitute harassment at work.

What is a 'protected activity'?

The "protected activity" refers to an employee engaging in an act that stands in opposition to discrimination. This can include:

When does retaliation occur?

Often, retaliation occurs when the lines between management and departments tasked to deal with complaints are blurred. In small companies lacking an external HR department, employees may find that the person who they are required to report harassment to is, in fact, the person doing the harassing. While complaints about a supervisor's behavior may (and indeed are expected to) result in a change in the supervisor's demeanor, if the changes result in more negative behavior rather than increased professionalism, you may have a case of harassment on your hands.

What should you do if you experience retaliation?

The best protection against retaliation is to document the behavior extensively. Make note of the occurrences of negative behavior by a supervisor directed towards you, including when and where the behavior occurred and if there were any witnesses. Document all interactions you have with supervisors who you suspect are engaging in retaliation, including the initial report of harassment.

Through documentation and tenacity, it is possible to fight against retaliation. The Meyers Law Firm can help.