Alex and Ani sued by former employer for wrongful termination 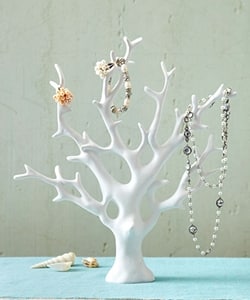 A former marketing executive has filed a breach-of-contract and wrongful termination lawsuit against Rhode Island-based jewelry company Alex and Ani.

Michael Mota claims in his suit that the jewelry company created a hostile work environment, and that CEO Carolyn Rafaelian and Senior VP Suzanne Turcotte's leadership led to sexual discrimination, false imprisonment and the intentional infliction of emotional distress.

Responding to the lawsuit, Alex and Ani spokesman Gregg Perry claims that Mota never worked directly for the company, and that in addition, his termination was non-discriminatory and part of a larger corporate restructuring. In his words, "Mr. Mota was terminated from Seven Swords Media, LLC (Alex and Ani's media division) more than a year ago when his position was eliminated as part of a restructuring of Seven Swords. He never worked for Alex and Ani."

Perry added that, even if the plaintiff wasn't terminated because of corporate restructuring, "there were numerous documented, legitimate and non-discriminatory grounds that supported his termination from Seven Swords, including his inappropriate and unprofessional management style."

Mota​, however, asserts that the true motivation for his termination was that he had reported illegal company conduct to his supervisors. He further claims that Alex and Ani, after selling their media division to GoGo Media Networks Inc, had agreed to pay him $250,000 worth of GoGo Media stock as well as an additional $100,000 which he never received. He seeks monetary damages and other awards.