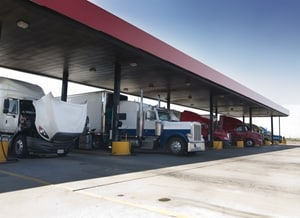 The Occupational Safety and Health Administration (OSHA) has ordered a Michigan-based asphalt paving company to reinstate three employees that had been wrongfully terminated and pay out nearly $1 million in owed wages and damages.

In June 2012, a foreman with Asphalt Specialists Inc. had been fired after raising concerns to his employer about drivers who had been forced to work for more than 10 hours without being given their federally mandated rest period. On at least two occasions, the foreman and two other drivers had been tasked to work for over 27 hours without a break. When the foreman refused to get behind the wheel, he was terminated from his job.

Then, in April 2013, a second driver was fired after he had refused to sign an affidavit from the company that would have denied the worker was being forced to drive for more hours than what was legally allowed — in other words, his signature would have cleared the company of wrongdoing. When he didn't sign, he was fired.

A third driver was terminated in July 2013 after, again, raising the issue of excessive working hours as well as vehicle maintenance concerns.

"It is illegal for an employer to retaliate against employees who report work-related safety concerns or violations of federal transportation regulations, which require drivers to have a minimum 10-hour rest period between shifts," said Dr. David Michaels, OSHA's Assistant Secretary of Labor, in an official statement. "OSHA is committed to protecting workers from retaliation for exercising back worker rights."

If you have lost your job and believe it was due to the employer punishing you for whistleblower practices, consult with the wrongful termination lawyers of The Meyers Law Firm for legal counsel that can help fight for the damages you may be owed.