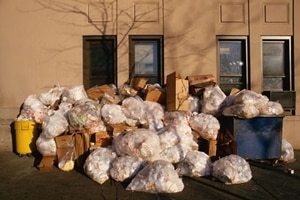 A California resident has been awarded almost $22 million after a jury found that she was wrongfully terminated from Valley Vista Services, a garbage collecting business based in Industry. According to various online sources, April Rodriguez was let go in January 2011 after she missed four days of work in a row. She said that she tried to tell her manager at the company that she needed to take some time off because she was seeking professional help for psychiatric problems.

Her lawsuit alleged that Valley Vista failed to provide her with proper accommodations, which she needed because she reportedly suffered from panic attacks.

Rodriguez's attorney also claimed that as a result of his client's termination, she had to send two of her four children to live with her brother because she couldn't afford to take care of them.

The 34-year-old mother, who worked as a customer service representative for the Industry company, said that she couldn't be happier when she found out that the jury took just one hour to rule in her favor.

"I think I'm in a dream right now," Rodriguez declared as she worked hard to hold back tears outside the courtroom.

The attorney for Valley Vista has called the ruling is outrageous.

"This was a product of emotion-driven jury," Steven Joffe said. "And the judgment likely exceeds the total value of the company."

The company has said that they plan on appealing the court's decision.

If you have been wrongfully terminated from your job and live in Missouri, you may want to consider scheduling a consultation with Kansas City attorneys. These experienced and locally based professionals can assess your claim, try your case in court and help you recover damages you may be entitled to.