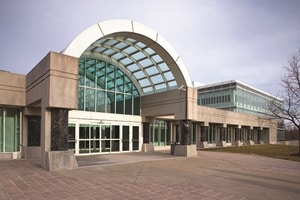 A former operative for the Central Intelligence Agency (CIA) has levied a wrongful termination lawsuit against the clandestine organization, insisting that the misconduct allegations used as grounds for his firing were concocted by a senior manager.

The Associated Press (AP) reports that the plaintiff, using the pseudonym “Mack L. Charles,” used to work with the agency as a non-official cover officer (NOC), a duty that requires agents working overseas to assume false identities — like that of a businessman or academic — to gather information while distancing themselves from the U.S. government. As the AP notes, while employment lawsuits have been launched against the CIA before, this particular case is fairly unique as the accuser was not a typical case officer and whose line of work required more secrecy than the average CIA operative.

In his lawsuit, Charles contends that he was a respected and decorated agent within the organization, having “served in a war zone, won awards and received good ratings” while also being promoted to the agency’s equivalent of lieutenant colonel. But when Charles filed an age discrimination complaint in 2009, he claims that the litigation prompted retaliation from his managers.

“After that, the lawsuit says, another senior officer […] wrote a memo alleging that Charles had in the past fudged expense accounts,” the AP writes. “That allegation is false, the lawsuit claims, but it says the allegation led to Charles’ termination in December 2010.”

No matter who you work for or what your line of work may be, if you believe you’ve been unfairly let go from a job, whether because of discrimination or false accusations, contact The Meyers Law Firm right away. Our wrongful termination lawyers can assess your complaint and fight tirelessly for the damages your case may entitle you to.

The Meyers Law Firm, LC was in no way involved in the pursuit of this claim.