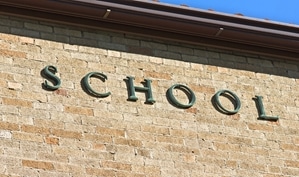 Two weeks after being fired by the Lafayette Parish School Board last November, former superintendent Pat Cooper filed a wrongful termination lawsuit against the district. A court date has now officially been set for the week of September 21.

The claim was filed after the school board voted to remove him in a 7-2 decision over his management choices. In the words of Cooper, however, there was no legitimate cause for his termination. It was an entirely political decision, and was done for "reasons of vindictiveness."

The vote followed a two-day hearing where Cooper was investigated for breaking board policy and state laws concerning management decisions and the district's budget. Further details regarding the board's investigation or Cooper's allegations have yet to be released to the public.

In May, Cooper's attorney filed for an official trial date to be set. This is the first legal action taken since February, when school board attorneys denied the allegations Cooper held against them.

The parish's new superintendent, Donald Aguillard, has recently moved towards replacing several of Cooper's key policies with his own, including a brand new health and wellness plan that will restructure district employment.

As can be seen from this case, a wrongful termination suit can take months to come to trial and it can take even longer before the trial and any appeals are resolved. If you believe you have been unfairly let go from a job, call the wrongful termination lawyers at The Meyers Law Firm as soon as possible. Our paralegals will file your claims, and our attorneys will then help determine your best course of action.