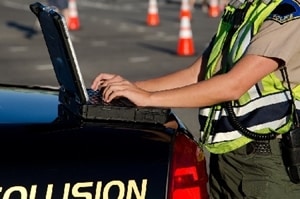 An ex-South Bend, Indiana police offer has just filed a wrongful termination lawsuit against the city.

The plaintiff, former Detect Sgt. Dave Beaty, first received disciplinary charges on May 5, which alleged that he violated general conduct rules. Following an investigation, the South Bend Public Safety Board ruled on August 19 that Beaty had in fact violated department policy and that, as a result, he should be terminated.

According to his lawsuit, this decision was an excessive punishment for the violations in question and that ultimately it was "arbitrary, capricious and not supported by substantial evidence." His claim elaborates, stating that rather than dealing with each minor issue as it arose, the police department decided to bundle them.

The incidents that led to his termination include leaving a patrol car unlocked when entering a bar he was employed at. Not only did his actions in that situation lead to a laptop being stolen from his car, but in addition, officers aren't allowed to directly work inside a building where alcoholic beverages are consumed or purchased on premise. In another instance, he falsely reported how his patrol car was damaged. Several other minor infractions were also named.

Beaty is requesting to be reinstated and given full back pay.

The Meyers Law Firm is not providing representation in the aforementioned case.