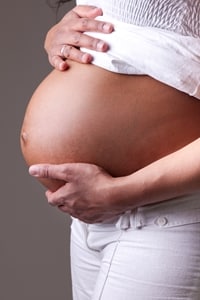 Nasty Gal, a recently launched for-women, by-women fashion company, is facing a multi-person wrongful termination lawsuit after allegedly firing four of its pregnant employees after they took maternity leave. The state of California, where Nasty Gal is based, guarantees new mothers at least four months of unpaid leave after giving birth. The lawsuit claims that none of the women were given that time.

Aimee Concepcion, the employee responsible for filing the suit, claims that after meeting with supervisors about her pregnancy, she was told she could have six weeks off in the event of a vaginal birth, and an additional two in the event of a c-section. According to the suit, while she was on leave, Nasty Gal hired a temporary replacement before deciding to terminate her, claiming they were restructuring.

Concepcion's performance reviews had only positive things to say about her work ethic, describing her as "a model of professional behavior," and claiming that "she is starting a department from scratch, which is no easy feat, and she has risen to the challenge."

Responding to the lawsuit, a representative of Nasty Gal stated that "the accusations made in the lawsuits are false, defamatory and taken completely out of context. The layoffs in question were part of a larger restructuring of departments we completed over nine months ago. The lawsuits are frivolous and without merit."

Gender and racial discrimination are serious workplace problems. If you believe that you are a victim of discrimination, contact an experienced employee rights lawyer to get your case reviewed and discuss next steps.