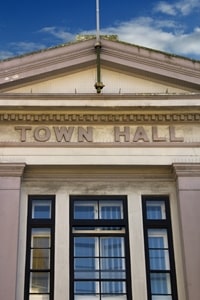 The former city manager of Colton City, California, has filed a wrongful termination lawsuit against city officials, accusing them of retaliation as he was investigating their illegal activities.

The San Bernardino Sun, a local news publication, reports that Stephen Compton had been looking into "misappropriation of public funds by elected city officials, overstated account balances [and] improper use of the general fund to balance excessive spending by Public Works" when he was suddenly placed on administrative leave for three months, and then fired on August 21. While the City Council never gave an official reason for the termination, the decision followed a personnel investigation that determined Compton had violated procedures by spending $23,000 more than the $25,000 contract he was allotted for hiring temporary workers.

Compton, however, says that he could not get contract approval by the council because it was funding an investigation into city council members — a clear conflict of interest. In his wrongful termination claim, Compton accuses the city officials of violating his rights to due process, as well as refusing him the chance to defend himself in an open hearing prior to being terminated.

"They just want me to sign the severance and go away," Compton said on Thursday, October 9. "But we're not going to go away."

As part of the litigation, Compton is seeking damages for lost income and benefits, financial hardships, damage inflicted to his reputation and emotional stress.

If you have lost your job and believe it was an act of employer retaliation, then contact The Meyers Law Firm immediately. Our expert wrongful termination lawyers will oversee your case and fight for any restitution you might be entitled to.