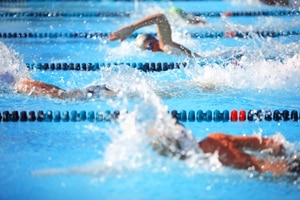 After being fired from the College of State Island (CSI) for what he alleges was age, sex and ethnic discrimination, former CSI swim coach Oleg Soloviev has filed a wrongful termination lawsuit against the school.

Local news outlet The Staten Island Advance reports that the 63-year-old Soloviev had coached the CSI team to seven City University of New York (CUNY) titles and CSI's first-ever NCAA Division III championship, in addition to winning CUNY's Coach of the Year accolade for five years. During his tenure as the CSI coach, Soloviev stacked the team with Russian immigrant students, a fact that he alleges drew discriminatory attention from the school, in particular its president Dr. Tomas Morales.

But when Soloviev's recruiting practices — which were apparently in violation of NCAA rules — warranted a NCAA probe and, subsequently, a two-year post-season ban on competition and four-year probation, CSI fired their coach.

"He was just a fall guy," Soloviev's attorney tells The Staten Island Advance. "This was a total witch hunt. You're talking about a coach who was exemplary in every respect. Dr. Morales didn't like him and tried to get rid of him […] They could have tried to find a solution, but they were determined to eradicate all Russian presence in that pool."

In his $25 million lawsuit, Soloviev complains that not only was he discriminated against for his and his swimmers' Russian ethnicity, but was also only paid 35 hours a week despite working over 55 hours, which included responsibilities outside of his job description, such as pool maintenance.

If you have lost a job for what you believe to be discriminatory practices, the wrongful termination lawyers of The Meyers Law Firm can oversee your case in court and fight for any damages you might be owed.