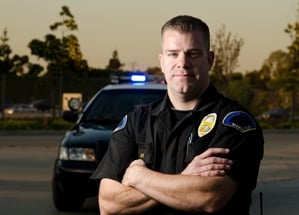 A former officer and union leader with the Beachwood, Ohio, police department has issued a wrongful termination complaint, alleging that he was fired after raising union concerns.

Mary Kilpatrick of the Northeast Ohio Media Group reports that the officer, Roger Martin, filed his lawsuit on August 24, naming Mayor Merle Gorden, former police chief Mark Sechrist and two other officers as the defendants. Martin's complaint accuses the four of conspiring to fire him after he posed a concern to the State Employee Relations Board about whether or not police commanders should be allowed to vote on union matters. This apparently "upset the city," prompting the aforementioned four to move against him.

Additionally, Martin alleges that the defendants tried to indict him on trumped up charges of ethics violations after he tried to replace the union's legal representation.

"Charging plaintiff with violations of his duties as a police officer — including insubordination — for an incident that occurred strictly within the union setting and in plaintiff's union capacity, constitutes a violation of plaintiff's First Amendment rights of free association and free speech," states the complaint. Martin's attorney adds, "The lawsuit speaks for itself […] We believe there is a clear link between his union activities and his termination."

Martin was fired on February 7 following the internal investigation that ruled he was guilty of ethics violations. In his complaint, Martin cites a police supervisor in 2008 that came to work intoxicated, drunk dialed officers on duty and carried on an affair with a married woman — all flagrant ethics violations in their own right — yet was never punished. Martin believes he was specifically singled out solely because of what he had done as union president.

If you have lost a job and believe it is rooted in employer retaliation, contact the wrongful termination lawyers of The Meyers Law Firm for expert legal counsel that will fight for the damages you may be owed.