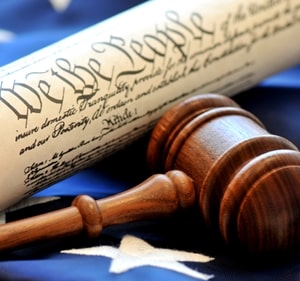 Many Americans view their career as part of their identity. With this in mind, being fired from one's job can take a huge toll — not just financially, but emotionally. In the event that you've been terminated from your position and you believe it's for reasons other than what were stated, you may have grounds to take legal action. To discuss your options, contact wrongful termination lawyers immediately.

According to Fox Boston, former Plymouth County Assistant District Attorney (ADA) John Bradley has filed a wrongful termination lawsuit against a number of defendants, including District Attorney Timothy Cruz, alleging that he was fired for retaliatory reasons in 2012.

"In court documents, Bradley says he maintained a cordial relationship with the senior leadership in the district attorney's office up until he chose not to contribute to Cruz's re-election bid in 2010. The former ADA alleges leadership threatened that those who did not make financial contributions 'should proceed at their own peril,' or words to that effect," states the source.

Bradley claims that he was asked to resign on September 28, 2012, and then terminated from his position after he refused to do so. He alleges that the defendants didn't provide him with a reason for letting him go.

If you live in Missouri and have been the victim of wrongful termination, you may want to consider scheduling a consultation with an affordable lawyer in Kansas City. These experienced, locally based professionals can assess your claim, try your case in court and help you recover damages to which you may be entitled.