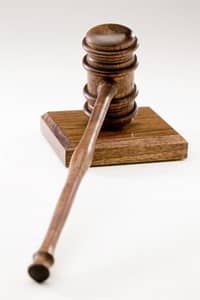 A California resident has sued the City of Camarillo after he claims he was wrongfully terminated from his job as an assistant director of community development. Brian Pendleton held his position for approximately 18 months. The complaint was submitted in mid-March.

According to the plaintiff, he was intimidated on a regular basis and embarrassed in front of other employees at the hands of City Manager Bruce Feng. He was reportedly "singled out" by his superior, who supposedly addressed the former city worker in a hostile manner, declined to let him speak at meetings,and forced him to dress formally while other individuals were allowed to come to the office in casual clothes.

The plaintiff said that Feng kept him from succeeding at his job by failing to approve Pendleton's request to discuss an economic development strategy for the City of Camarillo.

On September 13, Pendleton was fired because of money issues the city government was experiencing. However, the plaintiff reportedly  thinks that this is a lie. He and his lawyer are seeking more than $10,000 for ''lost wages, loss of benefits, emotional and mental distress and other damages." No word has been released as to when the case will go to trial. The opposing side did not publish any comments.

If you live in Missouri and have been fired without a good reason, do what you can to ensure you are no longer a victim by taking action. Consider scheduling a consultation with wrongful termination lawyers. The experienced and locally based professionals at The Meyers Law Firm will work hard to represent you in court and help you collect damages that you may be entitled.