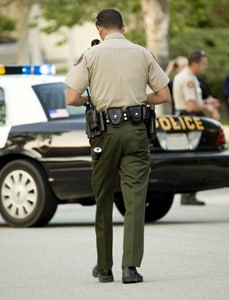 A former California law enforcement official says he was wrongfully terminated after he sued the City of Burbank in 2009. According to The Los Angeles Times, Elfego Rodriguez filed his complaint in U.S. District Court earlier this month.

Four years ago, the plaintiff accused the City of Burbank of engaging in racial discrimination. Rodriguez was one of four officers who filed papers, but was later dropped from the lawsuit by the judge. The ex-cop is one of 10 individuals who were terminated after he allegedly exercised excessive force during a robbery in 2007. Burbank officials claimed that Rodriguez assaulted the alleged suspect, who was later found to have nothing to do with the crime. The plaintiff's superiors also say that Rodriguez blatantly lied to them when asked whether he was too rough with the wrongfully accused victim.

"The city's position was, and always has been, that he was involved in misconduct and that's the basis for him being terminated," said City Attorney Amy Albano in a statement.

The L.A. Times reported that in the suit, Rodriguez asserted that former Police Chief Tim Stehr and former Chief Assistant City Attorney Juli Scott "conspired to retaliate" against him "by making false accusations of unlawful conduct against him, intimidating witnesses and hiding exculpatory evidence.''

No word has been released as to when the case will go to trial.