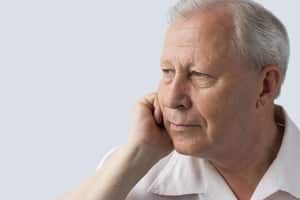 Lawrence Livermore National Laboratory (LLNL), a nuclear facility based in Livermore, California, is currently entrenched in an ongoing court case due to a number of employees filing a wrongful termination lawsuit after being fired in 2008.

According to the San Francisco Chronicle, five former workers were awarded damages of up to $853,000 each for lost wages. The source states that LLNL was contractually obligated to terminate employees if and only if there was "reasonable cause," and jurors concluded that this stipulation had been violated by the company. However, this is just the first phase of the court battle, as the plaintiffs are also claiming that they were discriminated against based on their ages, which ranged from 57 to 66.

"No one took any pleasure in laying off people. It was a terrible day for everyone," said Patricia Gillette, the defendant's attorney, of the 440 individuals who were fired by LLNL in 2008. "In order to ensure the future of the lab, they had to have the right mix of people going forward."

Gary Gwilliam, one of the lawyers representing the workers, said that there are 125 additional co-plaintiffs who are ready to go to trial regarding their alleged wrongful termination, and indicated that it is in the best interest of the lab to settle the remaining claims.