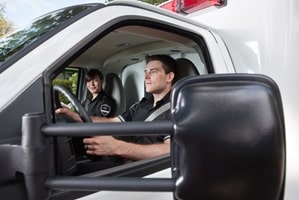 If you are ever fired from a job, it can feel like the end of the world, especially if you consider your career a substantial part of your identity. If you have reason to believe that you were terminated for reasons other than infraction of rules or poor performance, you may have grounds to file a wrongful termination lawsuit in an effort to recover your losses, as one New Hampshire woman recently did.

According to the Monadnock Ledger-Transcript, a $36,000 settlement has been reached in a wrongful termination lawsuit against the town of Peterborough, New Hampshire. The source reports that 32-year-old Jennifer Duval, a former emergency medical technician (EMT), was fired in February 2012 after she failed to get a blood pressure reading from a patient during a rescue call. She had purportedly been disciplined and suspended prior to this incident, too.

In her lawsuit, Duval alleged that the town acted in bad faith in firing her and that memos and emails written about her by town employees were libelous and defamatory.

"Ms. Duval and the town's agreement to settle was to avoid further expense and disruption for all parties," reads a joint statement released by Duval's attorneys and the town of Peterborough, as noted by the news outlet. "The town and Ms. Duval have settled as a matter of compromise. This settlement does not constitute admission or agreement by either side as to the positions of the other side, and all parties expressly deny any wrongdoing in this matter."

If you live in Missouri and believe that you have been the victim of wrongful termination, you may want to consider scheduling a consultation with a lawyer in Kansas City. These experienced, locally based professionals will give your case the personal care and attention it deserves. They'll assess your claim, try your case in court and help you recover damages to which you may be entitled.