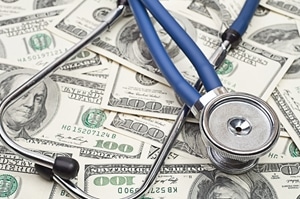 Jacqueline Leary, formerly the vice president of contracting and network development for a Kansas Medicaid (KanCare) provider, has launched a wrongful termination lawsuit against the company, alleging that she was fired for sounding the alarm on potential fraud.

Local news source The Wichita Eagle reports that when Kansas privatized Medicaid back in 2013, Leary's employer — the Sunflower State Health Plan (SSHP), a subsidiary of Centene Corp. — had been one of the three companies contracted as a service provider. According to Leary, she was directed by Sunflower CEO Jean Wilms to begin shifting KanCare patients who received care from other providers onto ones that charged the state's standard rate for Medicaid. This was devised as a way of boosting Sunflower's own profits.

According to the wrongful termination complaint, when Leary resisted the instruction and asked how she was supposed to explain that kind of move to the patients, she was told to lie to them. Leary was given a negative evaluation in a subsequent performance review, prompting her to ask Sunflower's compliance officer to investigate.

"[Leary] believed that the practice was contrary to both SSHP's contract with the State of Kansas and SSHP's contracts with its providers," the lawsuit states. "[She] explained also that she believed in good faith that the practice violated both the Centene Business Ethics and Conduct Policy and state or federal law, including federal anti-fraud statutes and/or federal law relating to fraud against shareholders."

Eleven days later, when Leary inquired about the status of the investigation, the compliance officer remarked that no progress had been made. Leary was then terminated later that day.

If you have lost a job that you believe was caused by employer retaliation, contact The Meyers Law Firm right away. Our expert wrongful termination lawyers will assess your case and fight for any compensation you may be owed.