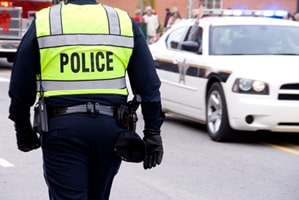 Getting terminated from a job can be a deeply unsettling experience — especially if you have reason to believe that you were fired for unfair reasons other than what was originally stated. In these cases, it is imperative that you find a lawyer in Kansas City immediately to find out if you have grounds to take legal action.

According to WRTV, an Indianapolis news outlet, former Indianapolis Department of Public Safety executive Ellen Corcella has filed a wrongful termination lawsuit against the city. Corcella alleges that she encountered a great deal of internal resistance while investigating an incident of potential misconduct. She claims that she was fired in retaliation when it became clear that her investigation may have brought into question the credibility of prominent city figures.

Additionally, Corcella says that she filed complaints against the Indianapolis Metropolitan Police Department (IMPD) that were never properly evaluated by her higher-ups.

"(Corcella) uncovered and reported a multitude of abuses by IMPD officers […] including, but not limited to, 1) officers tasing citizens in the back; 2) officers referring to women as (expletive), engaging in sexual harassment, and showing pornography to subordinates while on duty; 3) officers running their own private businesses while on duty and officers running their private businesses using tax payer dollars; 4) officers using IMPD's system to fund prostitutes who had been arrested in order to solicited (sic) sex," states the claim, as reported by Fox 59 WXIN-TV.