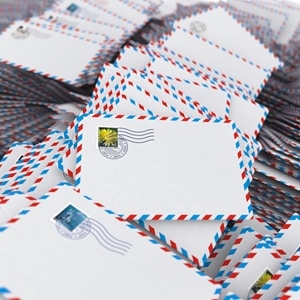 The U.S. Department of Labor has launched a wrongful termination lawsuit against the U.S. Postal Service on behalf of a former mail handler, who alleges he was fired from his job because he was injured while at work.

According to a press release issued by the Occupational Safety and Health Administration (OSHA) on December 1, the employee had been emptying mail containers onto a conveyer belt — where they could be sorted and later processed — when one of the container doors suddenly swung open and struck the man in the head. An on-site supervisor helped bring the man to a hospital for treatment. While he was released and allowed to return to work, he was reportedly fired for "allegedly working in an unsafe manner." The Labor Department's lawsuit contends that the man was actually terminated for reporting an injury he incurred while on the job — a clear violation of the whistleblower protections afforded to employees.

"The Postal Service terminated this employee for working unsafely, despite statements from co-workers and witnesses contradicting that story," Nick Walters, OSHA's regional administrator in Chicago, said in an official statement. "No worker should be subject to such treatment. The department will do everything to prevent this type of unlawful retaliation."

The plaintiff is not looking to be reinstated to his old job, but the lawsuit is seeking about $9,000 in damages for lost wages and benefits.

If you have ever lost a job and believe it was rooted in unfair or unlawful reasons, seek out legal representation right away. The Meyers Law Firm has a team of experienced wrongful termination lawyers that can expertly handle your case in court and fight for the compensation you may be owed.