Former New York Mets VP claims she was fired for having child out of wedlock, sues for wrongful termination 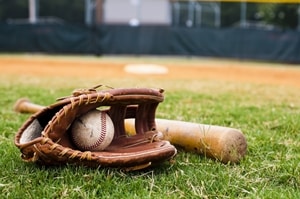 Leigh Castergine was the New York Mets' first female senior vice president in the club's 52-year history. Now, after losing that job, she's suing the organization for firing her on allegations of sex discrimination — in particular, that the team's co-owner terminated Castergine for having a child out of wedlock.

According to the New York Post, Castergine filed the lawsuit Wednesday, September 10, which alleges that Jeff Wilpon — co-owner and chief operating officer for the Mets — was "morally opposed" to her being pregnant and unmarried, and "frequently humiliated [her] in front of others by, among other things, pretending to see if she had an engagement ring on her finger."

Not only did Wilpon purportedly harass Castergine in front of her peers for her out-of-wedlock pregnancy, but even went so far as to hold a meeting with the team's other senior executives — all men — where he complained that he was "'morally opposed' to Castergine 'having this baby without being married.'"

Although Castergine filed complaints with the Mets' human resources and legal departments, her accusations were shrugged off. When she returned to work after giving birth, she suddenly received the first negative evaluations she had had in her four-year tenure with the team. The Post reports that Wilpon had told Castergine that she wasn't hitting her ticket sales quotas, but would be allowed to stay with the organization if she stopped issuing discrimination complaints. When Castergine refused, she was fired minutes later.

Discrimination of any kind in the workplace is inexcusable and shouldn't be tolerated, whether it's rooted in sex, race, age or religion. If you believe that you or someone you know was fired for employer prejudices, seek out the wrongful termination lawyers of The Meyers Law Firm for expert legal counsel.