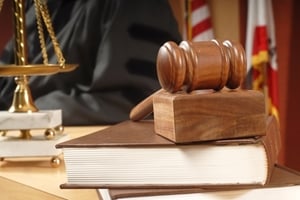 Victims who believe that they have been unfairly fired from a job may have grounds to mount a legal case and recover damages from their previous employer. These individuals are encouraged to find an affordable lawyer who can help them get this process started and aggressively pursue justice in a court of law.

According to NJ.com, Louis DiLeo, who served as a municipal judge in Linden, New Jersey, before being fired and replaced in 2012, has filed a wrongful termination lawsuit against the city and Mayor Richard Gerbounka. The news outlet states that DiLeo was reportedly let go for "violat[ing] the judicial code of conduct," although the plaintiff claims that he was "wrongfully and improperly terminated" after he refused to void a parking ticket per Gerbounka's request.

"Beginning in 2008 and continuing for three years, the suit alleges, Gerbounka engaged in a campaign of 'wrongful and malicious conduct' and 'stooped to the lowest level of dirty politics' to get rid of the judge after the ticket matter became public," reports the source.

DiLeo held his position as municipal judge for nine years before being terminated, and is currently working as divorce lawyer. He is seeking an unspecified amount of compensatory and punitive damages from the defendants.