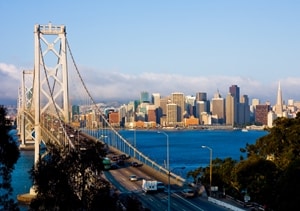 A former attorney who worked for the San Francisco Police Department filed a wrongful termination lawsuit against Chief Greg Suhr in San Francisco Superior Court on Wednesday, May 15.

According to KTVU Channel 2, Kelly O'Haire claims that she was fired in 2011 in retaliation for attempting to expose an incidence of misconduct for which Suhr – who was deputy chief at the time – was responsible. The source states that Suhr failed to report a domestic violence call that involved one of his friends, thereby violating department policy and state law. Part of O'Haire's job included investigating cases within the department, so she filed a motion for disciplinary action against Suhr.

O'Haire alleges that a lawyer with the San Francisco Police Officers Association warned her against pursuing the case against Suhr, and says that she was terminated less than a month after he was appointed police chief in April 2011, reports the source.

"In order to close a budget shortfall, a reorganization of the department was completed resulting in excess of $1 million in savings. Several positions were eliminated, including that of Ms. O'Haire, as well as the reclassification of top command staff," reads a statement issued by the Police Department on the same day O'Haire filed her lawsuit.