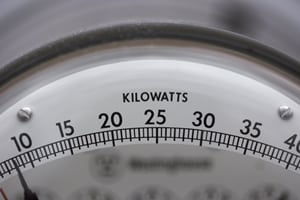 For many people, a career is a huge part of their identity, so losing their job suddenly can be devastating. If you have reason to believe that you were fired for unfair reasons, there are steps you can take to seek justice in court, such as filing a civil lawsuit with the help of an affordable lawyer.

According to KUSI.com, a San Diego news outlet, a former San Diego Gas & Electric (SDG&E) employee was awarded $1.3 million in a wrongful termination lawsuit. The source reports that David Bryant, who worked at SDG&E for 22 years, alleged that he was terminated after blowing the whistle on unfair bill collecting practices. Bryant purportedly realized that his employer had stopped distributing bill collection notices fairly, instead targeting densely populated areas where managers knew they could get the most money.

Throughout the course of the trial, SDG&E claimed that Bryant had been fired for workplace misconduct, but ultimately the jury sided with the plaintiff. Bryant said that he's relieved the lawsuit is finally over and that he's satisfied with the outcome.

"In the end, I feel vindicated," said Bryant, as reported by ABC San Diego KGTV. "The money was more important than the public and that's why we ended up here […] I hope this shows [that] people should speak up and report wrongdoing."

If you live in Missouri and believe that you have been the victim of wrongful termination, consider scheduling a consultation with a lawyer in Kansas City as soon as possible. These experienced, locally based professionals can assess your claim, try your case in court and help you recover damages to which you may be entitled.