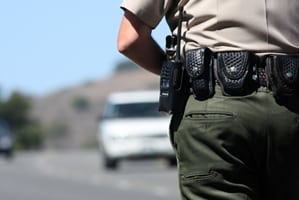 Losing your job when you know that you didn't do anything wrong can be a devastating experience, impacting each and every part of your life. In the event that you find yourself in this unfortunate situation, there may be steps you can take to hold your former employer accountable and recover monetary damages. Your best bet is to contact an affordable attorney immediately to determine whether you have grounds to file a wrongful termination lawsuit.

According to the Bellingham Herald, a regional news outlet, a $300,000 settlement has been reached in a wrongful termination lawsuit against Whatcom County, Washington. The source reports that former sheriff's deputy Paul Murphy filed the lawsuit in April 2013, alleging that he was fired in June 2012 for using Facebook to campaign against Sheriff Bill Elfo's re-election bid. Murphy claims that Elfo asked the county attorney if he could legally fire Murphy for his Facebook activity. When the county attorney advised against doing this, Elfo purportedly sought out other reasons to terminate Murphy.

"Elfo created a work environment in which political loyalty to the sheriff or, at the very least, refraining from engaging in political opposition to the sheriff are conditions of employment," states the complaint, as noted by the news outlet.

If you live in Missouri and believe that you have been the victim of a wrongful termination, you may want to consider scheduling a consultation with a lawyer in Kansas City. These experienced, locally based professionals can assess your claim, try your case in court and help you recover damages to which you may be entitled.