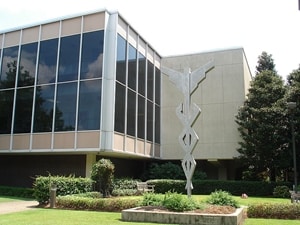 A former top official with Georgia Regents University (GRU) has launched an age discrimination lawsuit against the school's administration.

Local ABC news affiliate WRDW-12 reports that Anthony Duva, once the school's Senior Director of Development for Gift Planning, is suing GRU President Ricardo Azizz along with other top members of the university's Board of Regents, including the Senior Vice President of Advancements and Chief Development Officer Susan Barcus, Vice President of Human Resources and Associate Vice President.

According to Duva's complaint, the university had terminated his position last year as part of a Workforce Reduction initiative — but Duva's job was the only one within the Advancement department that was actually eliminated. Even more frustrating, just hours before being given the termination letter, Duva was actually promised by Barcus that he would be getting a 2 percent raise.

"Following the termination letter, Barcus told Duva she was complying with his request to outsource his position […] [but] Duva told his immediate supervisor that he never made that request and if he wanted to be terminated or outsourced, he would have resigned," the news outlet writes. "[GRU President] Azizz allegedly said in meetings and to others that 'we have to get younger' and 'we have too many old people that work here' in reference to the university,' the lawsuit claims."

The lawsuit adds that Duva was asked multiple times about when he would consider retiring. Additionally, Duva contends that not only was his department not facing a budget crisis that would necessitate outsourcing his job, but the school has actually hired seven new — and younger — employees since his termination.

If you believe you were ever let go from a job because of your age, contact The Meyers Law Firm. Our expert employment discrimination lawyers can provide the legal representation you need to earn back the damages you might be owed.