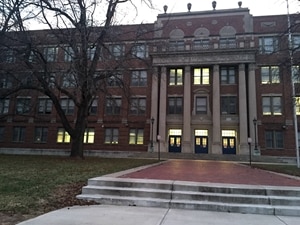 On February 29, 2016, a Jackson County jury sided in favor of Allama Hafiz on her claim that she had been retaliated against by the Kansas City, Missouri, Public Schools. Hafiz was represented by Martin Meyers and Leonard Stephens of The Meyers Law Firm.

"Evidence showed that the complaints were mostly unsubstantiated."

Hafiz had worked as a school secretary since February of 1998. She was abruptly fired from her position at Southwest Early College Campus (SWECC) on June 13, 2013, allegedly in response to complaints by students and teachers. The Meyers Law Firm presented evidence on Hafiz's behalf that the complaints were not properly investigated and were largely unsubstantiated.

Hafiz's problems with the school district began in the summer of 2011 when she and another employee — who, along with Hafiz, was also in her 50s — were told they had been selected for lay-off from their positions as school secretaries. Both secretaries challenged this action as a violation of their seniority rights. In response to the challenge they were reinstated, displacing two younger secretaries reportedly favored by the administration. Thereafter, several members of the administration of SWECC harassed the two secretaries and actively interfered with their ability to their jobs.

Hafiz believes that her repeated claims of discrimination and harassment led to the district's decision to improperly seize upon the unfounded complaints as an excuse to terminate her employment. The jury agreed and awarded Hafiz $50,364 in actual damages and $220,000 in punitive damages. The trial judge will decide whether to order the district to reinstate Hafiz.

If you feel you have been targeted for harassment or retaliation in your place of employment, contact The Meyers Law Firm today.