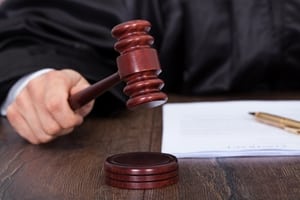 A Phoenix, Arizona, judge recently threw out a wrongful termination suit filed by five ex-Child Protective Services employees who were fired last year. According to their former employer, Department of Child Safety (DCS) director Charles Flanagan, the workers were terminated for closing cases against organization policy and state law. According to the workers, their supervisors were not only aware of these policy breaches, but they also forced the women to commit them in an attempt to streamline and manage what seemed like an insurmountable caseload.

The five women also argued that their termination was part of a political cover-up to protect former governor Jan Brewer and Clarence Carter, who at the time were heading the Arizona Department of Economic Security. The judge also dismissed arguments that the workers were entitled to compensation under common law after their firing.

Back in 2012, Arizona's state legislature passed a series of employment laws that limited the legal recourse fired workers could seek, and also removed much of the protection covering government workers. The plaintiffs, as at-will state employees, were a part of the group lacking this protection.

Robert Oberllig, the judge presiding over the case, came to the conclusion that, even if they were fired as part of a scandal, no state law was violated.