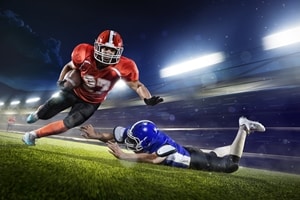 After a nearly five-year battle, the Kansas City Chiefs have agreed to a settlement in an age discrimination case filed by former employee Steven Cox. The former director of stadium operations claimed that he had been unfairly fired in 2010 and replaced with a 37-year-old after Chiefs owner Clark Hunt allegedly told Cox he wanted to "go in a more youthful direction" with the Chiefs' staff.

"The Kansas City Chiefs have agreed to a settlement in an age discrimination case filed by former employee."

Initially, the case went to trial in July of 2013, resulting in a jury siding with Hunt and the Chiefs. Cox appealed and the Missouri Supreme Court ruled that the lower district court decision should be thrown out since the judge had improperly barred evidence, not allowed the testimony of 20 former employees or deposed Hunt. This sent the case back to the circuit court, with Hunt on the docket for deposition.

"Any time that there's a legal matter that you're involved in, you're always concerned," Hunt told KCUR when asked if he was worried about having to give testimony, before the case was settled. "I don't specifically have concern on that issue, though."

A motion was filed in December 2015 to depose Hunt in the case, but the Chiefs moved to settle for an undisclosed amount. The Chiefs are not the only sports team to be accused of age discrimination: in 2013, the Buffalo Bills reportedly fired 54-year old Equipment Manager Dave Hojnowski after more than 35-years with the NFL team. Hojnowski's attorney, in a remarkably similar wording to the Chiefs case, claimed that management singled out his client because of his age, saying that management "was going in a different direction."

If you have been fired because of your age, the Kansas City attorneys at The Meyers Law Firm can help.