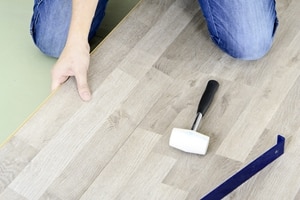 Mayor Steve Young of Kennewick, Washington was recently named in a discrimination lawsuit. The suit claims that he retaliated against a Hanford employee after she was suspected of writing an anonymous note criticizing the mayor. It has since been demonstrated that the woman in question did not write the note.

Mayor Young was the director supervisor for the plaintiff, Julie Atwood. Atwood is a Hanford manager for Mission Support Alliance, a contractor that works for the Department of Energy for cleanup operations at the Hanford nuclear reservation. The organization was also named in her suit, as was its former chief operating officer, David Ruscitto.

Atwood has worked for Mission Support Alliance for 30 years, and in that time has received positive reviews of her work. She was pressured to resign in 2013, however, after one of the company's human resources officials said she'd been investigated, even though she was found to have committed no wrong-doing.

The investigation pertained to a typewritten note found last month accusing Mayor Young of creating a hostile work environment for women. Following the note's discovery, Young held a meeting to discuss the complaint.

One of the workers present at the meeting noticed that Atwood was missing (the suit says she wasn't informed of it.) When the worker offered to retrieve her, Young said he'd speak to her later.

Within a week, Atwood found herself being investigated for timecard fraud. No human resources officials were told to investigate Atwood, and usually internal personnel investigations wouldn't be discussed with the Department of Energy before they were both conducted and completed.

The lawsuit says that despite this, a human resources official and an employee concerns specialist were told on September 12 of 2014 to investigate Atwood, and given a September 18 deadline.

When asked as part of the investigation, Atwood said that Young treated female employees differently than male employees, though she was not the employee who had written the note. She also told them that Young conducted city business on Mission Support Alliance's time,  charging those efforts to the federal government.

Following the investigation clearing her name, Atwood was promptly fired over misconduct. She is seeking lost pay and benefits, as well as damages to compensate for emotional distress and damage to her reputation.