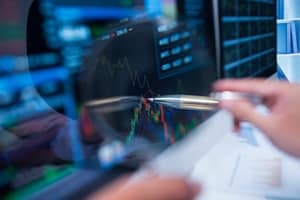 Two former Goldman Sachs brokers in Los Angeles have been awarded $7.6 million in damages after suing the investment banking firm for wrongful termination.

The Wall Street Journal reports that the pair of brokers, Christopher Barra and Luis Sampedro, had worked together as a team for Goldman Sachs & Co. in California until 2007, when Barra took time off from work to serve in the military — prompting Goldman to outright fire the two men. As a result of their termination, Barra and Sampedro lost approximately 40 percent of the $600 million assets that they had managed during their time at Goldman.

In their complaint, the two allege that their manager at Goldman had been angry about Barra's military service, who had fought in Iraq during the 1991 Gulf War then returned to the Army Reserve after September 11, 2001, before serving another tour of duty in Iraq afterward. According to the plaintiffs, the manager began issuing the pair increasingly bad performance reviews after Barra had begun serving in the military again.

"When you take action against somebody who defends the country, that has consequences," Barra's attorney said in a statement to the press. In their own official statement, Goldman Sachs denied any wrongdoing.

As a result of the court ruling, Barra and Sampedro were awarded $5.2 million in owed compensation with interest, as well an additional $2 million in damages plus $300,000 for legal fees.

If you have lost your job to what you believe were unfair or unlawful reasons on the part of your employer, reach out to The Meyers Law Firm right away. Our expert wrongful termination lawyers will fight vigorously for any compensation you may be entitled to.