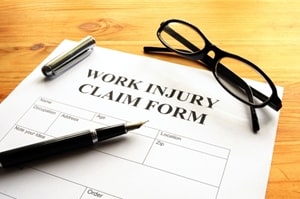 Thanks to a Missouri Supreme Court ruling issued last month, injured workers can now win wrongful termination suits by showing that their compensation claims contributed to their dismissals. Previously, to win such a lawsuit, a worker had to demonstrate that his former employer fired him exclusively because he filed a compensation claim. The Supreme Court's decision was 5 to 2.

The decision goes further to protect the rights of injured workers, lessening the burden of proof on those who say they were the victims of workplace retaliation. But Missouri Association of Trial Attorneys Executive Director Sara Schuett cautioned that it will not make victory in such cases a foregone conclusion.

"A worker still is going to have an uphill battle," Schuett told the Associated Press (AP). "But at least now it's not an impossible burden to prove."

According to the Missouri Supreme Court's majority opinion in John Templemire vs. W&M Welding, Inc., written by Judge George Draper III, it is illegal to fire employees either because they are whistleblowers, because they refuse to break the law or because of their sex, race, religion, ancestry, age or disability. The state Supreme Court's decision instates a parallel standard for cases involving workers' compensation claims.

Judge Draper wrote that the dismissal of an employee for exercising his right to ask for worker's compensation is "illegal, insidious, and reprehensible."

If you live in Missouri and have been injured on the job or believe that you have been wrongfully terminated, schedule a consultation with a lawyer in Kansas City. The experienced legal professionals at Meyers Law Firm can assess your claim, try your case in court and help you recover damages to which you may be entitled.