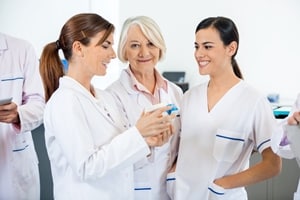 A Portland Jury has just awarded over $3 million to a nurse after a wrongful termination case against her former employer was brought to trial.

Registered nurse Linda Boly claimed she was terminated by the Legacy Good Samaritan Medical Center after complaining about how the institution's corner cutting policies jeopardized its quality of patient care. Specifically, the medical center dictated exactly how long nurses had to complete given tasks. Boly was eventually written up on three separate occasions for taking more than the allotted time for given tasks. She argued that in these instances, she spent more time with patients because their needs required the extra attention.

Boly's attorney also argued that she was being singled out compared to other nurses, and chalked it up to being an outspoken advocate for employee rights. In 2005, for instance, she started campaigning to help pass Oregon's Nurse Staffing Law, which was designed to give nurses more influence in patient decision making.

Following the verdict, Maegan Vidal, a spokeswoman for the Legacy Good Samaritan Medical Center says that the organization disagrees with the decision, and that, in actuality, Boly was fired due to poor job performance.