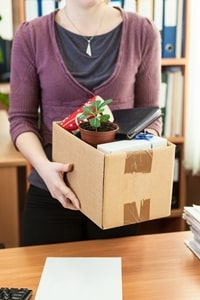 Sixteen employees were let go from the Oklahoma Worker's Compensation Commission on July 9th. Of those 16, five of them have now filed wrongful termination suits against their former employer claiming that their firings was in direct violation of the Workers' Compensation Act and Open Meeting Act.

Katral McKnight, Rewa Lynn Carrier, Debbie Gray, Kara Anderson and Kevin Idleman all say that they were prematurely let go, and were also discriminated against because of their ages. In their claim, they note that 13 of the people fired in July were over the age of 40.

This suit began at the end of July, and happened to coincide with the announcement that there may have been miscommunication between the state's Attorney General's office and the commission regarding the Open Meeting Act. This information could impact the turnout of the case, however, commission spokesperson and executive director Rick Farmer says that he doesn't believe that it will impact the commission's decision to fire these employees.

The former employees, however, beg to differ, stating in their claims that they believe that executives of the commission held closed-door meetings where they discussed personnel, which is illegal.

"The violation of the Oklahoma Open Meeting Act not only renders the reduction in force and employee terminations null and void, it also causes the minutes and all other records of those executive sessions, including tape recordings, to be immediately made public," the lawsuit states.