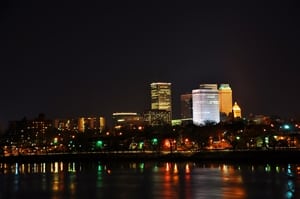 A wrongful termination lawsuit filed against Oklahoma Governor Mary Fallin has been settled, with the governor's office agreeing to paying $125,000 to the plaintiff.

In 2012, Wendy Gregory, the governor's chief of staff for Tulsa, Oklahoma, became embroiled in a conflict with her husband and his ex-wife over owed child support. The dispute ultimately led to the Internal Revenue Service (IRS) deciding to garnish Gregory's salary — which, Gregory alleges, prompted the governor's office to fire her.

According to NPR affiliate KGOU, Gregory believes she was removed from her position because the governor's office did not want to be associated with any negative publicity caused by the IRS action, which was later revoked. This, in turn, led Gregory to file a wrongful termination lawsuit against Governor Fallin. Alex Weintz, a spokesman for the governor's office, rejected the allegation, instead insisting that Gregory was fired partly because they were phasing out that role and partly because of her "unsatisfactory job performance."

Now, a year and a half since the complaint was initially filed, KGOU reports that the governor's office has agreed to a $125,000 settlement to dismiss the case.

"In an effort to minimize litigation and legal fees, the state has accepted a settlement deal," Weintz said in an official statement. Gregory accepted the deal, with her attorney telling the news source, "She wants to move on with her life."

If you have ever been fired for what you believe were undue or unlawful reasons, contact The Meyers Law Firm. Our expert wrongful termination lawyers can manage your case in court and fight for any compensation you may be owed.