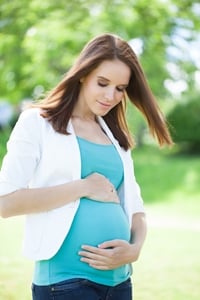 The U.S. Equal Employment Opportunity Commission (EEOC) has filed a lawsuit against Arthur's Restaurant and Bar for discriminating against a pregnant employee.

According to an EEOC press release issued on August 25, the owner of the Addison, Texas, restaurant had complained about how pregnant employee Jennifer Todd was "starting to show" and insisted that Todd was putting her unborn child at risk because of the smoking environment at Arthur's. Five days later, the restaurant forced Todd into early maternity leave and then never again gave her another shift, thereby in effect terminating her solely because she was pregnant.

As the federal agency notes, discriminating against and firing workers because of their pregnancies is a violation of the Civil Rights Act of 1964. Unfortunately, this is far from being an isolated case. In the last three years, the EEOC has fielded nearly 50 pregnancy discrimination lawsuits, all alleging employment discrimination or wrongful termination against various businesses.

"Employers should be well beyond archaic prejudices against women who are pregnant," Robert Canino, Regional Attorney for the EEOC Dallas District Office, said in an official statement. "Too many employers have continued to deny female workers equal opportunity to earn a living for their families and themselves, simply because they are pregnant or 'showing' […] Everyone should be free from this obvious form of sex discrimination."

Todd is seeking lost wages, along with compensatory and punitive damages, from Arthur's Restaurant.

If you believe you have been the victim of workplace discrimination or wrongful termination in Kansas City, schedule an appointment with The Meyers Law Firm as soon as possible. Our team of expert employment discrimination lawyers will help you seek the justice you deserve.