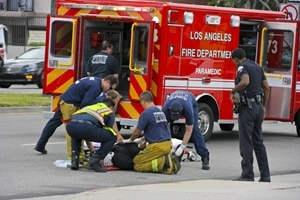 It's difficult to overstate the tragedy of losing a family member, and no amount of money or justice will ever come close to compensating for the loss. However, if your loved one has died due to another party's reckless or negligent acts, you may be entitled to remuneration in a civil court.

The family of a woman who was shot to death in her apartment complex has filed a wrongful death lawsuit against the building's owners. Shantique Goodson was killed at the Sherman Hills housing project in Wilkes-Barre, Pennsylvania, when a gunman approached a vehicle where she was sitting and opened fire.

Her family claims that the owners of the facility should have provided a safer environment to prevent such incidents from occurring.

Lawyers for Goodson's family have tried to block the sale of the Sherman Hills complex by the owners for $16 million. The family fears that by allowing the sale to go through, the previous owners will be able to evade any responsibility for what happened.

According to local news source Citizens Voice, Luzerne County President Judge Thomas Burke Jr. stated that he would consider the matter and deliver a decision about the sale early next week. The family's lawyers said they would withdraw the request if an insurance claim filed by the owners of the housing complex is approved.

If you believe that your family member's untimely death was the result of another person's actions and that they should be held responsible, you may have the grounds to file a wrongful death lawsuit in a court of law. For more information, contact an accident attorney at Meyers Law Firm today for help in collecting damages you may be owed.