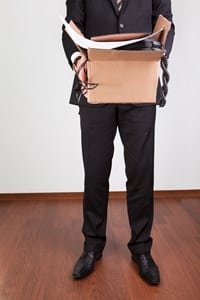 Most people who have experienced being fired from a job typically feel that it was unfair, but there is a significant difference between a lawful termination — however much it may personally bruise your own pride — and an illegal one that actually breached the law. Recognizing the difference between the two is no easy feat, and with all the turbulent emotions that swirl around in one head's after being let go, trying to pinpoint whether your former employer followed the letter of the law in firing you may not be your first priority.

But if you've lost your job because of illegal or unlawful behavior on the part of your employer, you may be entitled to either reinstatement or a significant amount of financial damages to compensate for loss of income, legal fees and emotional duress.

Most employment in the United States is done "at will," meaning that the employer can (usually) let their workers go at any time and for any (legal) reason. There are exceptions to this rule, though, one of which is the breach of an implicitly made promise. This claim can be hard to prove in court, and many employers are reticent to make any spoken promises about the length of your employment for exactly that reason. But if a hiring manager ever made implied guarantees about how long you would be at their company — either promising permanent employment or at least a specific length of time during which you would be working there — and you were fired before that period elapsed, you may have a wrongful termination claim on your hands.

If you're wondering whether your firing was legal or not and believe you may have a valid case, set up a free consultation with the wrongful termination lawyers of The Meyers Law Firm to discuss your next steps.