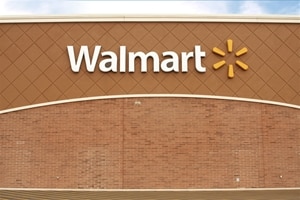 A Cheyenne, Wyoming, man who filed a $1 million wrongful termination lawsuit against Walmart last year is getting the chance to present his case in federal court.

The Wyoming Tribune Eagle reports that Gary Frank first launched his complaint against the retail store last March, following his firing two years prior. According to the lawsuit, Frank, who had worked as a Walmart truck driver for 17 years, was arrested in February 2012 for driving under the influence. The next day, he informed his supervisor of the arrest and was told, per the company’s “Associate’s Arrests and Convictions Policy,” that he would be allowed to return to work if the charges against him were dismissed within a year of the arrest.

That September, the DUI charge against Frank was dropped. However, despite the charge being dismissed within the appropriate 12-month window, Walmart still fired Frank. Consequently, Frank was forced to take up a new job that pays $40,000 per year — notably lower than his $100,000 salary at Walmart — and does not match the benefits he had previously had.

“Wal-Mart failed to honor the commitments that it made to Mr. Frank as stated in its policy and terminated [him] on or about May 6, 2013,” the lawsuit states. “[He] was receiving significant benefits including […] comprehensive health care for him and his family, retirement contributions and scholarship opportunities for his children.”

After moving to the U.S. District Court of Wyoming last April, the case is now heading for federal court. Frank is seeking $1 million in damages and lost wages.

If you believe you have been unfairly or illegally let go from your job, consult with the wrongful termination lawyers at The Meyers Law Firm to discuss your options.