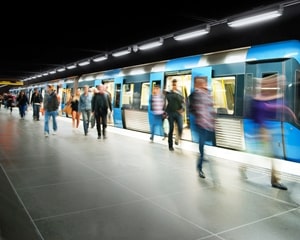 The Washington, D.C., Metropolitan Area Transit Authority has agreed to pay out $5 million to a former employee who accused the public transportation service of firing him over a whistleblower act.

The Washington Post reports that the worker had complained to Metro after learning that the organization had awarded a $14 million no-bid contract, violating federal rules that require competitive bids on contracts. In response to the employee's complaint, Metro had fired him, prompting him to launch a whistleblower and wrongful termination lawsuit against the transit authority.

"The American people have a right to know that their government is following rules and regulations in spending the taxpayers' money," the plaintiff's attorney said in an official statement. "This settlement shows that we expect agencies that receive federal funding to honor the integrity of the contracting process as well."

Metro will pay upwards of $5 million to settle the whistleblower complaint, $390,000 for the wrongful termination claim and another $190,000 for the plaintiff's legal fees. In total, the transit authority will have to pay out approximately $5.6 million. Despite the settlements, Metro officials insist that there was no wrong done in awarding the contract or firing the employee.

While the amount of money involved in this case may seem extreme at first glance, it's important that more employers know full well the prohibitive dangers of retaliating against employees for reporting corporate wrongdoing and violating their guaranteed whistleblower rights.

If you believe that you have lost your own job through an improper or wrongful termination, then reach out to The Meyers Law Firm today. Our Kansas City-based wrongful termination lawyers will work with you to help ensure you receive any damages you may be owed.