Woman claims Converse fired her after finding out she was pregnant 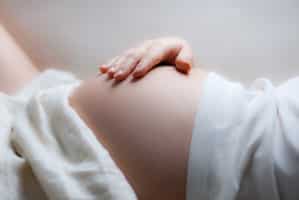 Losing your job unexpectedly can be a life changing event, but if you have reason to believe that you've been fired for reasons other than what was stated, you may have grounds to file a civil lawsuit. In this kind of situation, it is in your best interest to consult an affordable lawyer who can help you seek monetary compensation in a court of law.

According to The Oregonian, former Converse sales executive Sarah LaFavers filed a wrongful termination lawsuit against the company on Thursday, August 29, in a Portland, Oregon, federal court.

The source reports that when LaFavers was fired from her job in August 2011, her supervisors told her it was because she had received two negative job reviews. However, the victim claims that she consistently received praise from her superiors since she was hired in November 2010, and alleges that she was terminated after informing her supervisors that she was pregnant and would require maternity leave in the near future.

"As a result of the alleged sex discrimination and wrongful discharge, LaFavers is seeking up to $200,000 for missing two years pay due to the alleged wrongful dismissal and another $200,000 in compensatory damages," states the news outlet. "She also seeks attorney fees, lawsuit expenses and interest on any judgments resulting from a ruling in her favor."