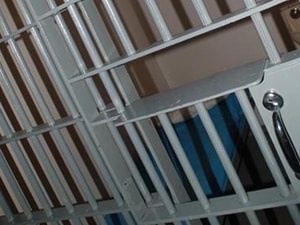 A former employee for the Pennsylvania Department of Corrections has filed a wrongful termination lawsuit after she claimed that she was fired because she asked for special accommodations related to her rheumatoid arthritis (RA). The complaint was filed on February 28 and lists Philadelphia resident Crystal Seeney as the plaintiff. According to sources like The Pennsylvania Record, the Pennsylvania Department of Corrections allegedly violated the Americans with Disabilities Act when it refused to grant Seeney's request that she be given light work duty because of her condition.

The plaintiff's arthritis made it hard for her to walk, type, move heavy objects and care for herself. Although she was hired as a clerk typist in 2008, she eventually let the Department of Corrections know that she would need to take a leave of absence to seek treatment under the Family Medical Leave Act (FMLA). When she returned, she was transferred to another division that required more computer use that her previous assignment.

''Plaintiff was given no explanation as to why she was reassigned to a job that adversely affected her disability,'' the lawsuit declares, according to the online publication.

Last May, the Department of Corrections held a meeting with Seeney to let her know that she was being fired. Her complaint states that the "plaintiff was terminated because she was disabled, required an accommodation, sought an accommodation and sought leave under the FMLA."

She is seeking unspecified compensatory and punitive damages.

If you have been fired without cause and live in Missouri, you may want to consider scheduling a consultation with wrongful termination lawyers. These experienced and locally based professionals can assess your claim, try your case in court and help you recover damages you may be entitled to.